Ball therapy is a treatment used to attempt correct linguoverted mandibular canines (base narrow canines). At its core ball therapy is an orthodontic treatment where the appliance is removable, and fun to play with!

When holding any object in the mouth, that object when bitten onto will give some resistance and place a force on the teeth. If we can direct the right force on the developing canines, we can guide them into a more correct position, hopefully preventing their incorrect alignment which causes long term trauma and discomfort. This force can be applied to the mandibular canines when the pup holds an appropriately sized and type of ball in their mouth.

The best type of balls to use are quite dense but have some give. Things like tennis balls are too “squishy” and do not give enough resistance, and so minimal force is applied to the teeth. A good density is something like the rubber used in Kongs(TM). If it is an appropriate size – not too big, not too small, but just right! – the ball will place a lateral tipping force on the mandibular canines as it is carried around.

This is best done with erupting permanent mandibular canines. When done at this time the canines are actively moving through the bone and can be deviated from their course. This is usually around 5 months of age. Once the teeth are at their final eruption height the ability to move them starts to reduce. It then becomes a much bigger job to do. You should encourage your dog to play with the ball in their mouth as often as you can. It has been shown that performing this behaviour for fifteen minute intervals three times daily is effective. The longer the forces act, the better the result.

We have not found this technique to be useful when applied to deciduous teeth. If your puppy is at risk of this being a problem with its permanent dentition it may be useful to introduce the concept of ball therapy from a young age. This avoids them needing to go through a training period during the short window we have, when the permanent teeth erupt.

The downside to this technique? It might not work. Other than that, your pet has a toy to play with and they just might avoid a painful condition in the future. 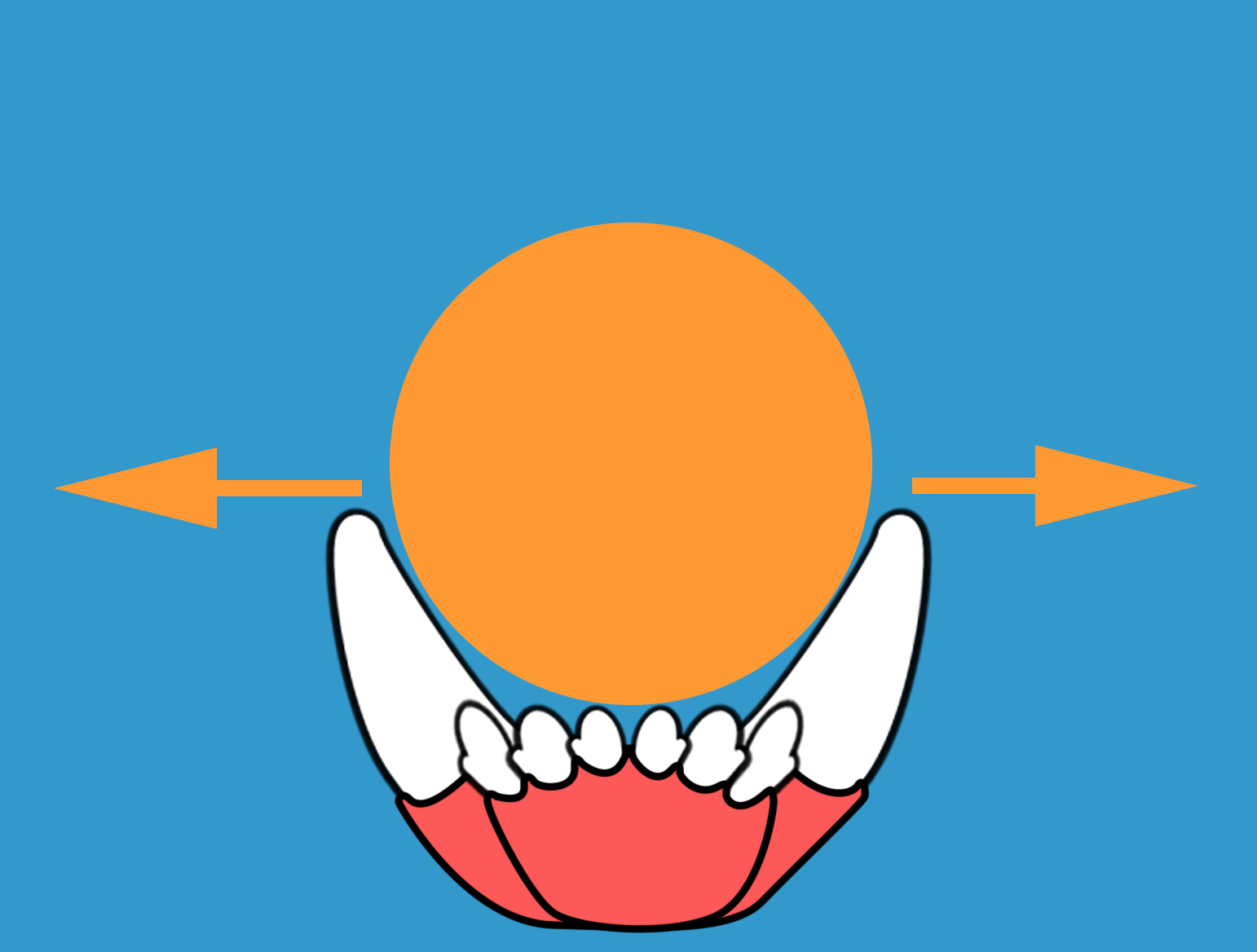 This ball is too small.
The forces it applies will not push the canines out. 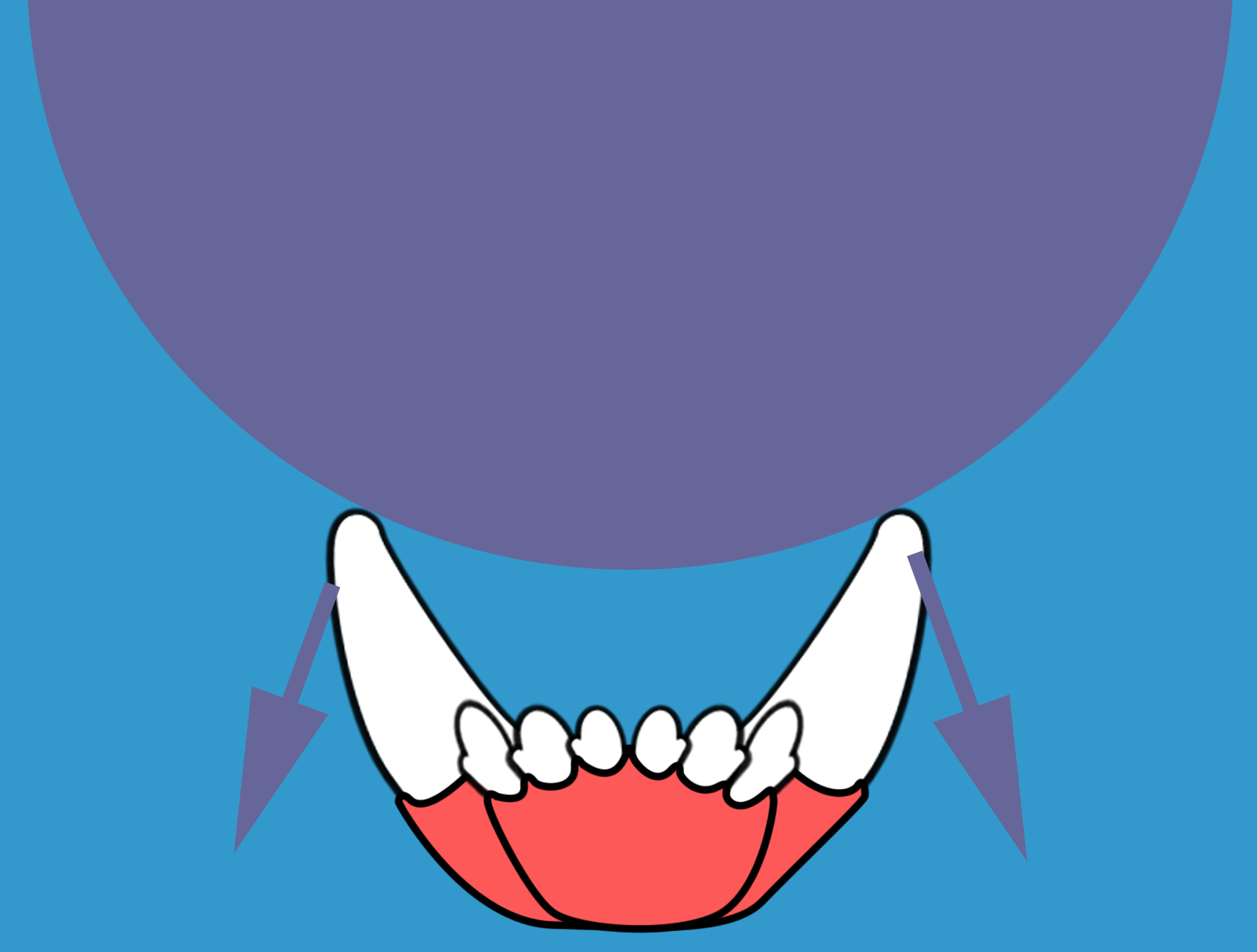 This ball is too big!
The forces it applies will push the canines down. 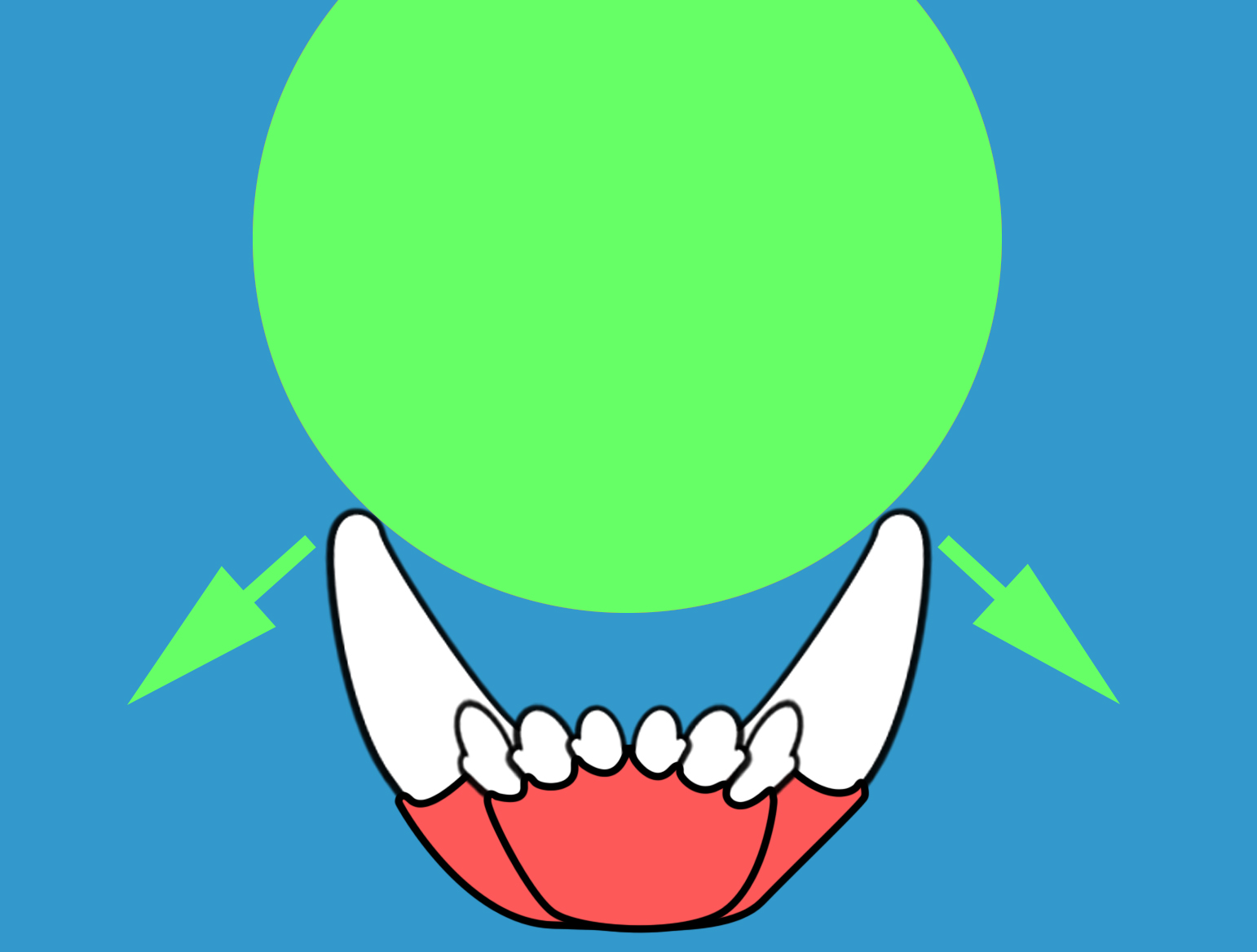 This ball is just right!
The forces it applies will push the canines into a good position.